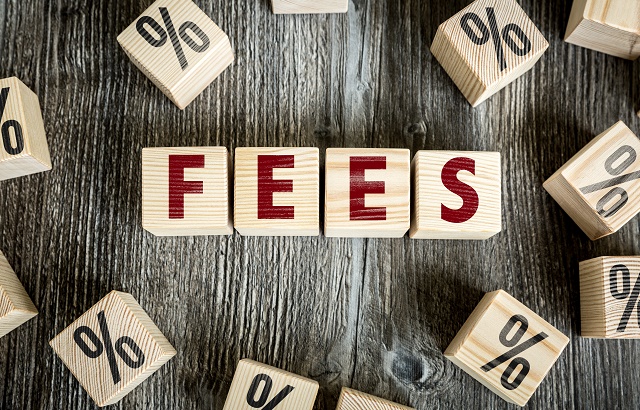 In 2015, the Swiss financial services firm UBS conducted over 7,000 interviews with retail investors in an effort to establish what motivated them. Their findings from the interviews were the inspiration behind a global  advertising campaign to show how UBS had become more client-focused than ever. The campaign featured actors playing the roles of people at different stages of their lives, asking important questions such as:

Am I a good father?

Can I truly make a difference?

Heady stuff, indeed. But it’s largely in line with what we’ve come to expect from asset managers. Common themes are the client’s legacy (“Create, inspire and empower a legacy,” Bankers Trust) personal transformation (“It’s never too late to be the person you were meant to be,” Barclay’s) and best of all, how, you know what? Money isn’t that important after all (“the best returns are more than financial,” RBC Wealth Management).

It’s almost as if the profound nature of the message is aimed at distracting you from asking more mundane questions like: “What will it cost me?”

It transpires that all of this caring about your family’s well-being and your legacy comes at a cost. It’s here that those same asset management companies that had been talking about the important role that they play in your children’s education suddenly become less verbose and a little more opaque. This is curious because if there’s one thing that asset managers love more than your family, it’s their fees.

The fees start as soon as you walk in the door. Asset management companies charge an average of 1% of AUM every year, with many alternative asset manager fees up to 2% or greater, regardless of how the fund performs. Don’t miss the fine print for “catch-up provisions”, which allow the managers to “catch up” once a milestone return is achieved. (After all it’s not fair that the investor make all the money, right? ) Then there are transaction fees, monitoring fees and ‘clawbacks’ where the firm can be paid back the costs for creating the fund in the first place –  you didn’t think that they were going to pay for that, did you?

Bear in mind that all of these fees are borne even before performance fees are taken into account. The performance fees are typically the least transparent of all, often serving to bamboozle the less financially literate. Add on some fees here and there for broker dealers and independent reports commissioned by the asset management company and you begin to see why their ads are full of people who look wealthier than you.

It would appear that none of the aforementioned fees have been enough to convince investors to take their money elsewhere. Consulting firm BCG estimates that, at the end of 2019, global AUM (assets under management) amounted to a staggering US$89 trillion. And it appears that the bigger this figure becomes, the more business the industry does: Asset management firms tend to use AUM as a signaling device for how competent they are.

As you might expect, the ongoing fees on US$89 trillion make the asset management industry a highly profitable one: A 2017 report by the UK’s Financial Conduct Authority exposed average operating profit margins of 36% – higher than the pharmaceutical, software and energy industries. The report went on to state that there was “no clear relationship between charges and the gross performance of retail active funds.”

Perhaps the most remarkable aspect of the growth of the asset management industry is that it has come against the backdrop of innovation from all sides. Robo advisors, desktop investing and ETFs have all served in their own way to show up what a swindle it represents. Their regal city center office buildings, advertisements in the Wall Street Journal and promises of something more than mere financial returns continue to attract people in their millions every year.

For the best part of two decades, we’ve been told that asset management companies face a “race to the bottom” when it comes to the fees they charge. Industry onlookers have continuously predicted that robo advisors, movement towards passively managed mutual funds and pressure from clients would lead to continued fee compression and the demise of the traditional asset manager. And yet, the industry grows apace – as do the promises about what they’ll endow our children with. The yield bearing yet fee laden shiny object of alternative strategies brought forth is sure to make up lost ground.

Perhaps their message appeals to something deep inside us. Maybe we just prefer the idea of having someone that we feel is trustworthy look after our resources. But the next time you step into one of those regal city centre offices and marvel at their oak-paneled walls and expensive looking works of art, stand back for a moment and ask yourself a question:   Who’s paying for all of it?

Know this; all managers are not created equal. There does exist a world of alignment of interest and absolute returns without the fees.

Our apologies in advance for our lack of expensive paintings…..